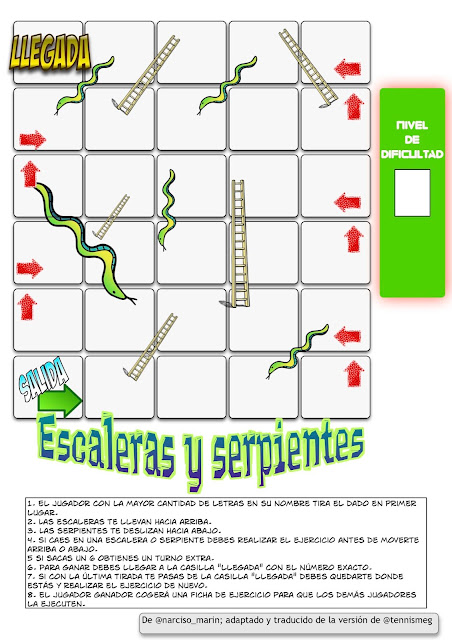 ATTACKER - Also "hitter" or "spiker." A player who attempts to hit a ball offensively with the purpose of terminating play in his or her team's favor.

ATTACK LINE - A line 3m from the net that separates the front row players from the back row players. Commonly referred to as the "10-foot line."

B
BACKCOURT - The area from the endline to the attack line.

BACK SET - A set delivered behind the back of the setter, which is then hit by an attacker.

BEACH DIG - An open-hand receive of the ball, also called a "Deep Dish."

BLOCK - A defensive play by one or more players meant to deflect a spiked ball back to the court. It may be a combination of one, two, or three players jumping in front of the opposing spiker and contacting the spiked ball with the hands.

BALL HANDLING ERROR - Any time the official calls a double hit, a thrown ball or a lift (except on a serve reception or attack). Also includes any blocking errors (when an official calls a blocker for a violation such as going into the net, center line violation, reaching over the net, etc.).

BUMP PASS - The use of joined forearms to pass or set a ball in an underhand manner.

C
CAMPFIRE - A ball that falls to the floor in an area that's surrounded by two, three, four, or more players. At the instant after the ball hits the floor, it appears as if the players are encircling and staring at a campfire.

CENTER LINE - The boundary that runs directly under the net and divides the court into two equal halves.

CLOSING THE BLOCK - The responsibility of the assisting blocker(s) to join the primary blocker and create an impenetrable block in which a ball cannot fit between the two individual blockers.

CROSS COURT SHOT - An individual attack directed at an angle from one end of the offensive team's side of the net to the opposite sideline of the defensive team's court.

CUT SHOT - A spike from the hitter's strong side that travels at a sharp angle across the net.

D
DECOY - An offensive play meant to disguise the spiker who will receive the set.

DEEP SET - Set to be hit away from the net to confuse or disrupt the timing of the blockers.

DIG - Passing a spiked or rapidly hit ball. Slang for the art of passing an attacked ball close to the floor.

DINK - A legal push of the ball around or over blockers.

DOUBLE BLOCK - Two players working in unison to deflect an attacked ball at the net back to the hitter's side.

DOUBLE HIT - Successive hits or contacts by the same player. Not legal.

DOUBLE QUICK - Two hitters approaching the setter for a quick inside hit.

DOUBLES - A game with two players on each side, most commonly played on a sand court.

DOWN BALL - A ball the blockers elect not to attempt to block because it has been set too far from the net or the hitter is not under control. A "down ball" is hit overhand and driven over the net with topspin while the player remains standing. "Down Ball" is usually called aloud by the defense when it becomes apparent the attacker has no chance of hitting a powerful spike.

DUMP - A strategic move by an opponent where a soft hit is used near the net rather than a spike to catch the other team off guard.

F
FIVE-ONE - A six-player offensive system that uses five hitters and one setter.

FIVE SET - A back set to the right front hitter.

FLARE - Inside-out path of an outside spiker who hid behind a quick hitter.

FLOATER - A serve that does not spin or rotate and therefore moves in an erratic path. This is similar to a "knuckle ball" pitch in baseball.

FOREARM PASS - A pass by which you join your arms from the elbows to the wrists and strike the ball with the fleshy part of your forearms in an underhand motion.

FOUL - A violation of the rules.

FREE BALL - A ball that will be returned by a pass rather than a spike. This is usually called aloud by the defense instructing players to move into serve/receive positions.

FREE ZONE - The space outside the boundaries of the court. This Free Zone is typically approximately 6 feet wide and can be used to keep the ball in play.

H
HELD BALL - A ball that comes to rest during contact, resulting in a foul.

HIT - To jump and strike the ball with an overhand, forceful shot.

ISOLATION PLAY - Designed to isolate the attacker on a specific defender, normally to exploit a weakness or give a hitter a chance to hit against a single block.

J
JUNGLE BALL - Any volleyball game with people who don't really know how to play volleyball. A common euphemism for this type of game is "picnic volleyball."

JUMP SERVE - A serve that is started by the server tossing the ball into the air and jumping into and hitting the ball in its downward motion.

JOUST - When two opposing players are simultaneously attempting to play a ball above the net.

K
KEY - To predict a team's next play by observation of patterns or habits.

KILL - An attack that results in an immediate point or side out.

L
LINE - The marks that serve as boundaries of a court.

LINE SHOT - A ball spiked down an opponent's sideline, closest to the hitter and outside the block.

M
MIDDLE-BACK - A defensive system that uses the middle back player to cover deep spikes.

MIDDLE-UP - A defensive system that uses the middle back player to cover dinks or short shots.

MINTONETTE - The original name of the game of volleyball, created by William Morgan.

MULTIPLE OFFENSE - A system of play using different types of sets other than just normal outside sets.

O
OFFSIDE BLOCK - Player at the net, which is on the side away from the opponent's attack.

OFF-SPEED HIT - Any ball spiked with less than maximum force but with spin.

OUTSIDE HITTER - A left-front or right-front attacker normally taking an approach that starts from outside the court.

OVERHAND PASS - A pass executed with both hands open, controlled by the fingers and thumbs, played just above the forehead.

OVERHAND SERVE - Serving the ball and striking it with the hand above the shoulder.

OVERLAP - Refers to the positions of the players in the rotation prior to the contact of the ball when serving.

P
PANCAKE - A one-handed defensive technique where the hand is extended and the palm is slid along the floor as the player dives or extension rolls, and timed so that the ball bounces off the back of the hand.

PENETRATION - The act of reaching across and breaking the plane of the net during blocking.

POINT OF SERVICE - A serve that results in a point (an ace by NCAA standards) as the serve is not returnable due to a bad pass by the receiver, this number includes aces.

POWER ALLEY - A cross-court hit traveling away from the spiker to the farthest point of the court.

POWER TIP - A ball that is pushed or directed with force by an attacking team.

POWER VOLLEYBALL - A competitive style of volleyball started by the Japanese.

Q
QUICK - A player approaching the setter for a quick inside hit.

QUICK SET - A set (usually 2 feet above the net) in which the hitter is approaching the setter, and may even be in the air, before the setter delivers the ball. This type of set requires precise timing between the setter and hitter.

R
READY POSITION - The flexed, yet comfortable, posture a player assumes before moving to contact the ball.

RECEPTION ERROR - A serve that a player should have been able to return, but results in an ace (and only in the case of an ace). If it is a "husband/wife" play (where the ball splits the two receivers), the receiving team is given the reception error instead of an individual.

ROOF - A ball that when spiked is blocked by a defensive player such that the ball deflects straight to the floor on the attacker's side.

ROTATION - The clockwise movement of players around the court and through the serving position following a side out.

S
SERVE - One of the six basic skills; used to put the ball into play. It is the only skill controlled exclusively by one player.

SERVER - The player who puts the ball into play.

SERVICE ERROR - An unsuccessful serve in which one or more of the following occurs: 1) the ball hits the net or fails to clear the net, 2) the ball lands out of bounds, or 3) the server commits a foot fault.

SERVICE WINNER - A point the serving team scores when this player has served the ball. The point can be an immediate (in the case of an ace) or delayed (a kill or opponent attack error after a long rally). Therefore, the sum of the team's service winners equals their score.

SET - The tactical skill in which a ball is directed to a point where a player can spike it into the opponent's court.

SETTER - The player who has the second of three contacts of the ball who "sets" the ball with an "Overhand Pass" for a teammate to hit. The setter normally runs the offense.

SIX-TWO - A six-player offense using two setters opposite one another in the rotation. Setter 1 becomes a hitter upon rotating into the front row as setter 2 rotates into the back row and becomes the setter.

SKY BALL- A serve where the ball is hit underhand over the net. The height of the ball is such that it comes down on the other side of the net almost straight down.

SPIKE - Also hit or attack. A ball contacted with force by a player on the offensive team who intends to terminate the ball on the opponent's floor or off the opponent's blocker.

STUFF - A ball that is deflected back to the attacking team's floor by the opponent's blockers. A slang term for "block."

T
TURNING IN - The act of an outside blocker turning his/her body into the court so as to ensure the blocked ball is deflected into the court and lands in-bounds.

U
UNDERHAND SERVE - A serve in which the ball is given a slight under-hand toss from about waist high and then struck with the opposite closed fist in an "underhand pitching" motion.

WIPE - When a hitter pushes the ball off of the opposing block so it lands out of bounds.

Y
YELLOW CARD - A warning from an official indicated by the display of a yellow card. Any player or coach who receives two yellow cards in a match is disqualified. A single yellow card does not result in loss of point or serve.